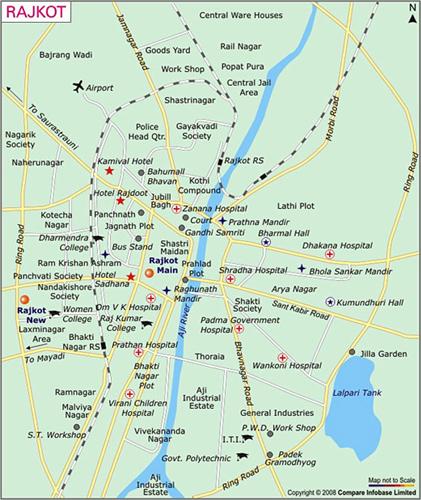 The city of Rajkot is located on the banks of the Aji and Nyari Rivers, about 245 km from Gandhinagar, the state capital. Located between 23°08' North latitude and 20°58' North latitude and 71°40' East longitude and 70°20' East longitude, it has an average elevation of 420 feet, or 128 meters. Spread across an area of 170 sq.kms., this city served as the administrative headquarters of the district of Rajkot, and is situated in Saurashtra region. Its surroundings include Junagadh and Amreli in the south, Bhavnagar and Surendranagar in the east, Kutch in the north and Jamnagar in the west. The significance of Rajkot’s location lies  in the fact that it is one of the prime industrial centres of Gujarat.

A crucial part of the geography of Rajkot is its climate. The city faces semi-arid climate with the summer season extending from mid-March to mid-June, and the monsoon season from mid-June to October, wherein the city receives an average of 300 mm of rain. The temperature during the summer varies between 24°C and 42°C, with hot and dry winds. Winters in Rajkot are mild, and occur from November to February. Low humidity and a temperature range between 10 °C and 22 °C make these months pleasant and enjoyable. 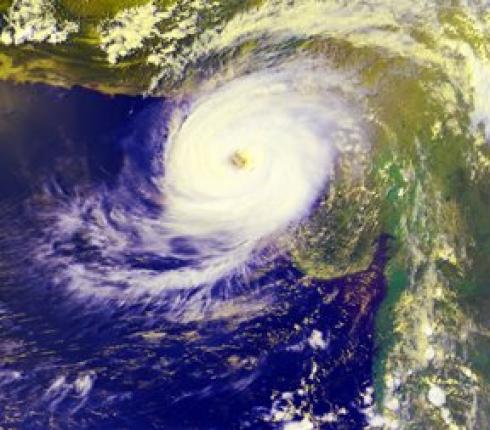 Cyclones are a common and fearsome weather phenomena that the city of Rajkot is familiar with. These cyclones generally occur in the Arabian Sea during the months after the rainy season, when the entire region experiences a lot of rainfall and high-speed winds. Thunderstorms are quite frequent during June and July as well. 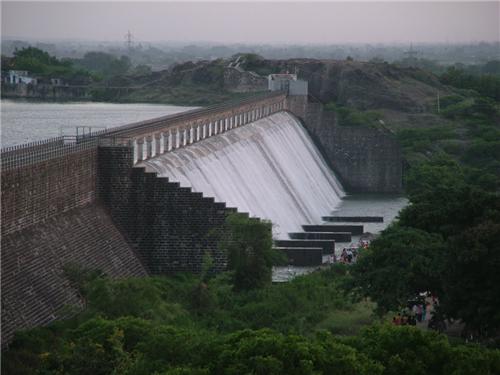 Photo source: www.gujarattourism.com
One of the primary rivers of Saurashtra region in Gujarat, Aji river is considered to be a lifeline for Rajkot city, separating it from east to west. Four dams have been constructed on Aji River and the water gathered from them is utilized for drinking and agricultural purposes. The Rajkot Municipal Corporation (RMC) has recently started an eco-sensitive project regarding the purification of the river, and providing retaining walls and plantations at both ends. The river originates from the hilly areas of Hingolgarh and Sardhar, and its major tributaries include Nyari, Khokaldadi, Bhankudi & Dondi rivers.

Flora and Fauna of Rajkot

Birds such as peacock, parrots, pheasants, geese ducks and cranes are seen here, along with several migratory birds that grace Rajkot in the winter season. With regards to vegetation, dry deciduous trees such as teak, Anogeissus latifolia, Boswellia serrata, and Diospyros, etc. are found, along with several xerophytic plants such as Acacia arabica, Capparis ophylla, Acacia leucophloea and Zizyphus mauratiana, to name a few.