Rajkot is an industrial city bustling with hectic lifestyle. It has impeccable infrastructural facilities along with an efficient transportation system. As Rajkot is one of the largest cities of Gujarat, it has well laid out network of state highways, national highways, and internal roads that link the city with rest of the country. The city is visited in large numbers by business travelers and vacationers who come to explore its potential in all the sectors. 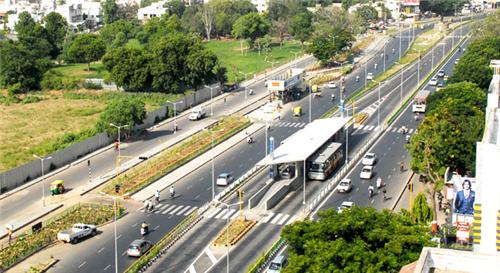 Rajkot has a public airport located at proximal distance from center point of the city. It is one of the busiest airports of Gujarat and has daily flights to Mumbai from Jet Airways and Air India. Since the city has high influx of business travelers, there are plans to extend this airport in near future or build an entirely new airport in the city to accommodate new flights to cities like Ahmedabad and Bangalore as well. The terminal has capacity for 125 people at a time with parking apron for 1 ATR 72 and 1 Boeing 737 aircrafts.

Rail is the most comfortable mode of transport for long distance travelers. Hence, Rajkot has its own railway station also called as Rajkot Junction. This station has computerized railway bookings facilities along with all other amenities for passengers. Rajkot Junction comes under Western Railway Zone and it is the most significant junctions in entire Saurashtra. Trains for almost all the major cities of country pass through this station. Electrification work on the lines connecting Rajkot Junction is under progress and it is about to complete in near future. 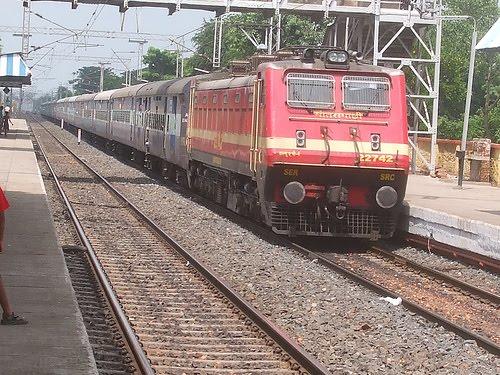 It has five platforms and it is the primary junction for the district with another railway station at Bhaktinagar. There are long distance trains for Delhi, Mumbai, Jammu Jaipur, Trivandum, Secunderabad, Bhopal etc. while it also has trains to other cities of state including Dwarka, Ahmedabad, Vadodara, Porbandar, Junagadh, etc.

For the people of this region buses serve as the most efficient and preferred means of transport. There are regular buses covering major destinations both interstate and intrastate. The city is known for its impending industries that draw high numbers of visitors on business tours. The daily inflow of travelers is easily managed with the help of bus transport. This is mainly because buses are comfortable and affordable means to reach the city while they are also available at frequent intervals. 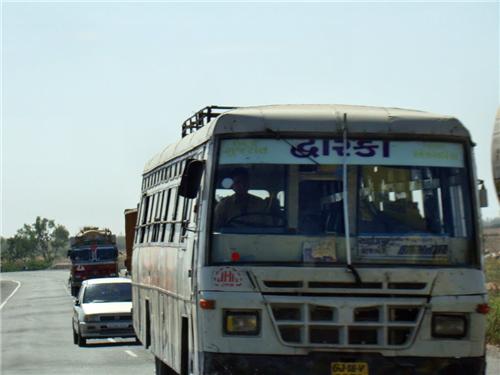 For the regions with less accessibility, they are quite feasible means of transportation in Rajkot. The city has both state run and privately owned buses plying to and from it. They connect the intrastate destinations like Bhavnagar, Junagadh, Vadodara, Dwarka, Jamnagar, Surendranagar, Porbandar, Surat, Ahmedabad, Bhuj, Amreli, etc. There are luxury and deluxe buses to run on long distances to the cities including Diu, Mount Abu, Udaipur, etc. More than 80, 000 passengers prefer using this mode of transport in Rajkot. The buses are primarily run by GSRTC or Gujarat State Road Transport Corporation.

Likeits highways, the city roads are also inundated with efficient and smooth bus services. Buses are the main transport facility at local level in Rajkot city. These buses are run by Rajkot Municipal Corporation in PPP Model since 2007. There are around 80 buses of CNG covering the routes of city along with Bus Rapid Transit System also called BRTS. Under BRTS, there is a 10 km long Blue Corridor in the western side of the city with AC buses running on it. Two more such corridors viz, Green and Red Corridor will be soon added with more than 150 buses running on important routes like Arvind Nagar, Saurashtra University, Greenland Chowk, etc. 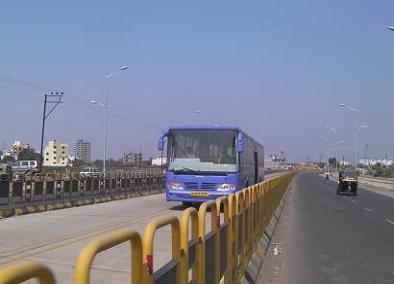 In the recent times, buses have proved to be the most ambitious mode of transport to be developed in the city although auto rickshaws serve as another preferred mode of transit in the city. There are many auto rickshaws running on meter basis in the city covering all its corners in totality. Apart from these, taxis can also be hired for a comfortable journey in and around Rajkot. They are little pricey but you can explore the city quite easily with the help of car rental services available here. 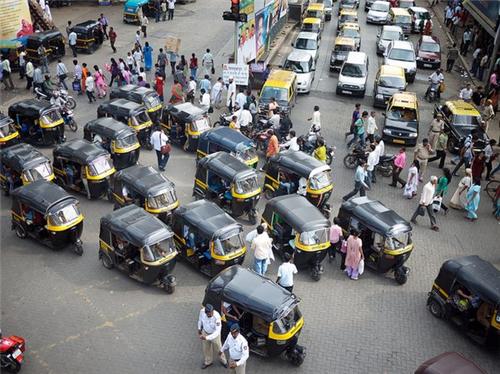 These are the easily available and preferred modes of transport in the city of Rajkot leading to its growth in all directions. They have lessened the distances and made accessibility easy for the people residing in Rajkot or visiting the city for any reason.